Test improvement in an agile/CDT environment

This post and the article have been updated on April 4 2017.

One day during a team meeting at Joep‘s previous job at a bank the Team Manager of Testing, listed a number of topics his testers could work on in the coming months. One of those topics was “testing maturity”. This topic was on the list not because this manager was such a fan of maturity models, but because the other team managers (Business Analysis and Development) had produced one for their own teams and higher management would like to have one for testing as well. And although Joep saw little value in a classic five-tiered maturity model either, he was intrigued by the question: so what can you do with respect to maturity models that is of value? 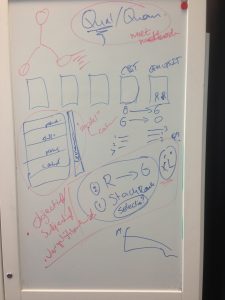 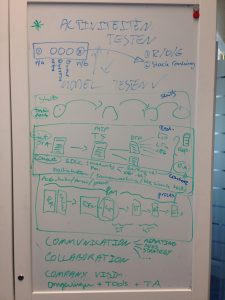 Joep asked Huib to help him think of a way to create a valuable, context-driven way to work on maturity. Since Huib had been working for the same bank, they met and discussed the possibilities. Soon they found out that the criteria should be variable since maturity depends on context. They started experimenting with stack ranking and quite soon they had the first version of their “maturity model”.

After discussing the first version of the article with James and Michael, we felt the need to update our article. Their comments helped us realize that we needed to explore maturity and maturity models a bit more. After doing this, we decided to rename our model into a test improvement model.

What is the mission a maturity assessment? We think the assessment should be a pathway to better testing. As a part of solving problems we think the mission should be: “An investigation of strengths and weaknesses. A starting point for a discussion about potential (testing) problems and how to solve them.” Or as James Bach says: A maturity model is plan for achieving maturity. And this is exactly what we created. Our maturity model isn’t anything like the staged, fixed models available in the market. Maybe we shouldn’t call our method a maturity model, since basically it isn’t. It is a tool designed to help teams assess and improve their testing. It is a method supported by a card game that helps teams retrospect and identify strengths and weaknesses in their way of working, the stuff they create, the team, their skills and context.

After a first try-out at the bank Joep worked, we let it rest for a while. After a couple of months we wrote this article. It is the first version and it needs to be refined and polished. The heuristics lists are probably to long and need to be reduced. We think of this model as a card game that can be played with teams.

Currently we are also working on an agile version of this model, a card game for agile teams to assess their “maturity” to help them to find possible areas for improvements. More about that later.

We are curious about your thoughts. What do you think? Maybe you want to try the game? Feel free to try it out. We hope you will share your experiences with us.

The slides are of the meetup about our model are here.